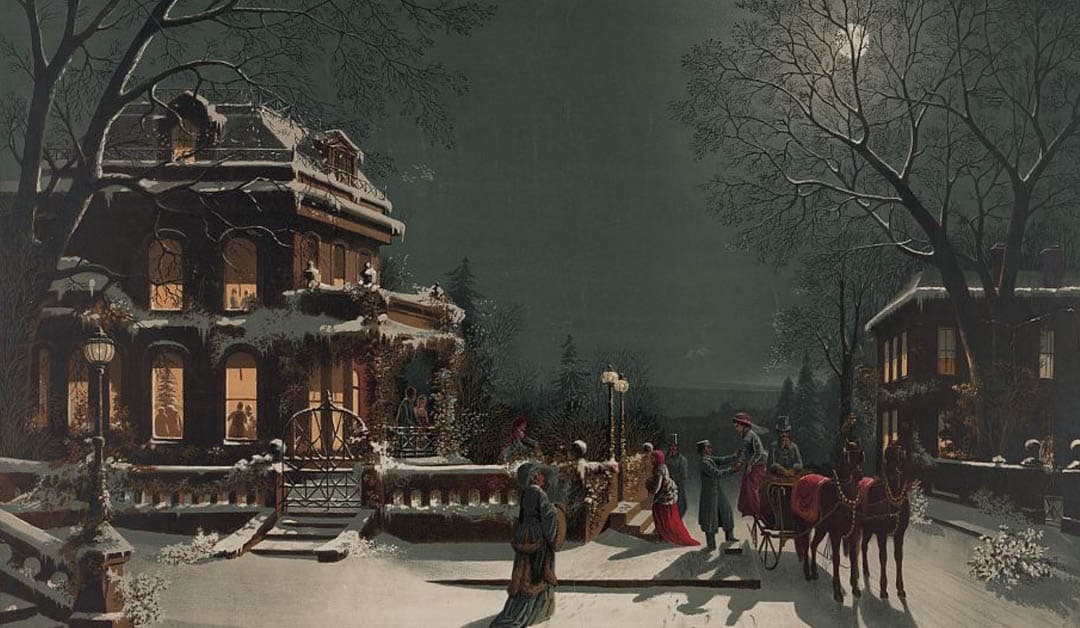 I think we all know that Christmas hasn’t always been the commercialized holiday that it is today. Or even the calm, peaceful scene that you see in the picture above. But I’m not sure many people really know why that is. I came across an article by Will Sellers that talks about how Christmas was observed in Plymouth Colony — with restrictions that were enforced by Governor William Bradford. Oddly enough, Parliament did the same thing in 1647.  If Samuel Adams had been alive then, you have to think he’d make an argument that Parliament had no authority to ban holidays without the consent of the people. I say that in jest. Sort of. Anyway, here is some of what Sellers has to say about Christmas in Plymouth Colony. You can read the whole article by clicking on the link at the end.

On December 25, 1621, exactly 400 years ago, William Bradford, the governor of the Plymouth Colony, prohibited the celebration of Christmas. But he wasn’t a Scrooge or a Grinch; he was simply following his religious conviction. He believed that Sunday was the only day for celebration and time off from work. While the Pilgrims’ first Thanksgiving was like the one we celebrate today, their first Christmas bore no resemblance to our current observance of this secular and religious holiday.

On that first Christmas Day in Plymouth, some colonists objected to working, claiming that their conscience required them to observe the day referred to as Nativity. Thinking that the appeal to conscience was an attempt to use the day for devotion and personal reflection, those conscientious objectors were excused from participating in the work detail. However, when Governor Bradford saw they were using the day for merriment and games, he confiscated their “toys” and explained that it was not permitted for some colonists to work while others engaged in frivolous activities.

Read the full story by Will Sellers »