Abigail Adams was the wife of John Adams, second President of the United States and the mother of the sixth President, John Quincy Adams. Her letters and memoirs of the Revolutionary era are considered to be major historical documents.

Abigail Adams was born in Weymouth, Massachusetts on November 11, 1744, in the parsonage of the North Parish Congregational Church of Weymouth. Her parents were the Reverend William Smith and Elizabeth Quincy. Her mother’s cousin was Dorothy Quincy, the wife of John Hancock.

During her childhood, Abigail was greatly influenced by her  Congregationalist upbringing. She received no formal schooling, but she was able to use the library and environment of her father’s parsonage to learn to study the Bible, history, and literature, including the works of William Shakespeare, John Milton, and Alexander Pope. Although her relatives on her mother’s side were well-known in Massachusetts, she was given a simple upbringing that stressed the importance of reason and morality. Although she is well-known for the letters she wrote during the Revolutionary period, she was embarrassed about her overall lack of education, and her difficulties with spelling and punctuation.

In 1759, Abigail met John Adams, a country lawyer, and three years later, in 1762, their courtship began. The two were married on October 25, 1764, in the Smith’s home, five days shy of John’s 29th birthday. The ceremony was performed by Abigail’s father. After living in Braintree for some time, they moved to Boston, where John was able to expand his law practice. Between 1765 and 1777, they would have six children:

While John served as a circuit judge and traveled throughout Massachusetts, Abigail stayed at home, managing the farm and raising the children. John praised his wife for her skills and took a great amount of pride in her accomplishments. She continued in this capacity during the Revolutionary War period when John served as a delegate to the First Continental Congress, Second Continental Congress, and as a diplomat in Europe. Even after the war and during John’s terms as Vice President and President she oversaw the family’s business affairs. From 1784 to 1788, she joined John in Europe, on diplomatic missions to France and England. Her account of the voyage to England from Boston, the return trip, and the journals she kept while in England can be found in The Adams Papers’ Diary and Autobiography of John Adams, volume 3.

Abigail Adams, First Lady to Live in the White House

John was elected President in 1797, but unlike her predecessor, Martha Washington, Abigail took an active role in politics, earning the nickname “Her Majesty,” for supporting John’s views on the influence of the French revolution and passage of the Alien and Sedition Acts. In 1800, John and Abigail moved into the new President’s House, which is now known as the White House, making her the first First Lady to reside there. The building was unfinished, cold, and damp, which required fires to be constantly lit to make the place livable. She even used one of the rooms to hang the laundry on clotheslines, a far cry from the White House as we know it today.

John and Abigail Retire to Braintree

In 1800, Thomas Jefferson was elected President, and John and Abigail retired to their home in Braintree. During these years, they were able to enjoy the rise of John Quincy Adams to prominence. However, there were difficult times as they dealt with the errant ways of Thomas and Charles, and questionable investments by the husband of their daughter Nabby.

In October of 1818, Abigail fell ill with typhus and died on the 28th. Her last words to John were, “Do not grieve, my friend, my dearest friend. I am ready to go. And John, it will not be long.” She was buried in the cemetery of First Church in Quincy. She was 73 years old, two weeks shy of her 74th birthday.

Abigail’s legacy lives on through the many letters she wrote in correspondence with her husband and other notable men and women of the time, including Thomas Jefferson, James Lovell, Benjamin Rush, and Mercy Otis Warren. Her letters stand as an important record of the Revolutionary era and beyond, and cover topics that include:

Although publicly Abigail played the role of a public official’s wife, the men and women she corresponded with knew that she was a fiercely intelligent woman, with advanced thoughts on many issues of the time.

The Birthplace of Abigail Adams is located in Weymouth, Massachusetts, and is maintained by the Abigail Adams Historical Society. Visit their website or give them a call at 781-277-1271 for more information. 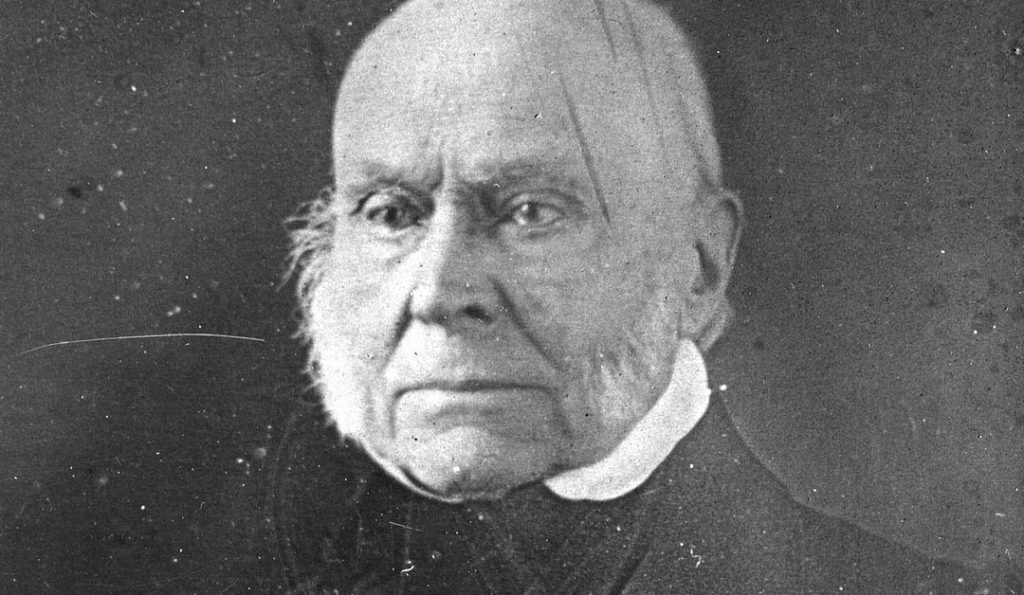 Remember the Ladies, and be more generous and favorable to them than your ancestors.

Do not put such unlimited power into the hands of the husbands. Remember all men would be tyrants if they could.

If particular care and attention is not paid to the ladies, we are determined to foment a rebellion, and will not hold ourselves bound by any laws in which we have no voice or representation.

It is really mortifying, sir, when a woman possessed of a common share of understanding considers the difference of education between the male and female sex, even in those families where education is attended to… Nay why should your sex wish for such a disparity in those whom they one day intend for companions and associates. Pardon me, sir, if I cannot help sometimes suspecting that this neglect arises in some measure from an ungenerous jealousy of rivals near the throne.

Men of sense in all ages abhor those customs which treat us only as the vassals of your sex.

I am more and more convinced that Man is a dangerous creature, and that power whether vested in many or a few is ever grasping, and like the grave cries give, give. The great fish swallow up the small, and he who is most strenuous for the Rights of the people, when vested with power, is as eager after the prerogatives of Government. You tell me of degrees of perfection to which Humane Nature is capable of arriving, and I believe it, but at the same time lament that our admiration should arise from the scarcity of the instances.

Arbitrary power is like most other things which are very hard, very liable to be broken.

I begin to think, that a calm is not desirable in any situation in life. Man was made for action and for bustle too, I believe.

I’ve always felt that a person’s intelligence is directly reflected by the number of conflicting points of view he can entertain simultaneously on the same topic.

If we mean to have heroes, statesmen and philosophers, we should have learned women.

Learning is not attained by chance, it must be sought for with ardor and diligence.

We have too many high-sounding words, and too few actions that correspond with them.

Well, knowledge is a fine thing, and mother Eve thought so; but she smarted so severely for hers, that most of her daughters have been afraid of it since.

We have more quotes and sayings from Abigail Adams.