On July 18, 1863, the 54th Massachusetts Volunteer Infantry, one of the Union volunteer army's first colored units, enhanced the reputation of black soldiers in combat by displaying conspicuous valor during the Confederate victory at the Battle of Fort Wagner.

Summary of the Battle of Fort Wagner 5 Things to Know About the Battle of Fort Wagner

The Battle of Fort Wagner Overview and History

Quincy Gillmore Takes Command of the Department of the South

On June 3, 1863, the Department of the Army issued Special Orders No. 249 assigning Brigadier General Quincy Adams Gillmore to temporary command of the Department of the South, replacing Major General David Hunter. Almost immediately, Gillmore began developing plans to recapture Fort Sumter in Charleston Harbor and subdue the City of Charleston, South Carolina, the cradle of the southern rebellion.

A West Point graduate, Gillmore had convinced his superiors to use rifled artillery to reduce Fort Pulaski and effectively blockade Savannah, Georgia, a year earlier. Gillmore planned to use similar tactics to overpower Fort Sumter and take possession of Charleston in 1863.

Named for deceased Lieutenant Colonel Thomas M. Wagner, Fort Wagner was an earthen enclosure on a narrow strip of land three-quarters of a mile south of Cummings Point, the northern end of Morris Island. The earthen walls were about thirty feet high enclosing an area that measured roughly 275 feet (north to south) by 630 feet (east to west). Protected by the Atlantic Ocean on the east and impassable marshlands on the west, the narrow isthmus limited the size of assaulting forces to one regiment at a time.

The fort and its garrison were protected by a water-filled trench in front of the walls, buried landmines, and an abatis constructed from sharpened palmetto stakes. A sand ridge about 250 yards in front of the earthen walls sheltered a line of rifle-pits manned by pickets. By 1863, the structure was well-armed with fourteen cannons.

After establishing a beachhead on the southern end of the island, his troops stormed Fort Wagner the next day. Unbeknownst to Gillmore, the Confederates had reinforced their garrison the previous day. The failed attack cost Gillmore 339 soldiers (49 killed, 123 wounded, and 167 captured/missing) compared to just twelve Confederate casualties.

Undaunted, Gillmore spent the next week positioning cannon near his beachhead on the southern end of Morris Island. At noon on July 18, the Federals began raining artillery shells on Fort Wagner from their batteries and from seven naval vessels stationed off the coast of the island. The bombardment, which lasted over seven hours, inflicted little damage on the fort.

Spearheaded by Col. Robert Gould Shaw’s 54th Massachusetts Infantry, one of the volunteer army’s first colored units, Strong’s brigade of six regiments moved forward at the double-quick toward Fort Wagner from the southeast at 7:45. After advancing to within roughly 150 yards of the fort, the Rebel defenders greeted the Yankees with a deadly volley of artillery and musket fire. Despite a murderous hail of hot lead, the Federals overran the Rebels’ outer rifle pits and breached the fort’s walls in two places before the attack faltered.

As Shaw valiantly attempted to urge his regiment forward, Rebel sharpshooters shot and killed him. After an hour of bloody hand-to-hand combat, the Confederates forced the Federals to fall back at about 10 pm. 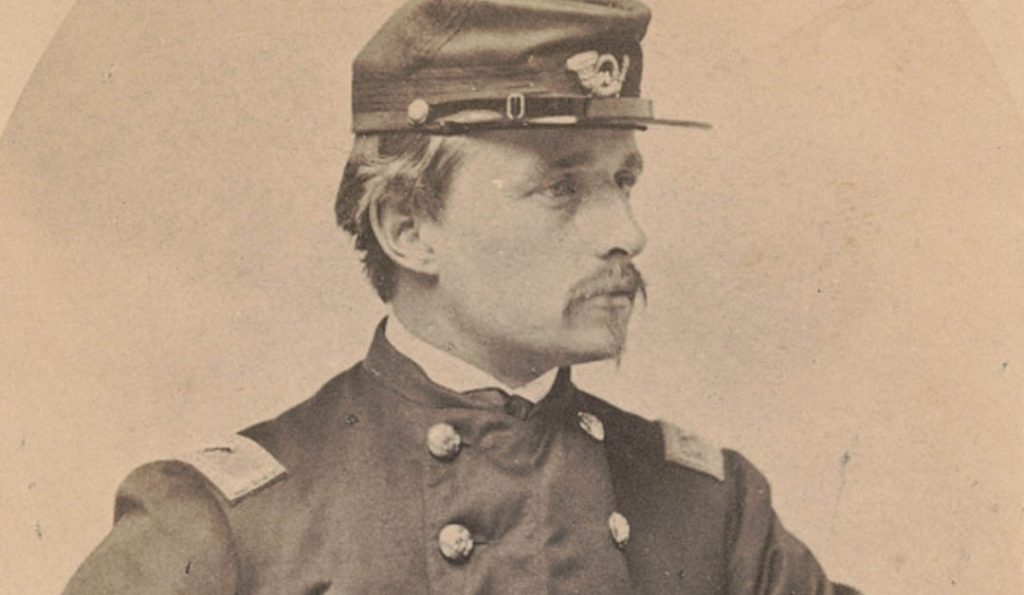 The Union suffered over 1,515 losses out of a total of 5,264 men engaged in the ill-fated assault. In addition to Shaw, three other high-ranking officers perished during the action. Brigadier General Strong bled to death after receiving a grapeshot wound to the thigh; Colonel Putnam died from a musket ball to the head; and Colonel John Lyman Chatfield of the 6th Connecticut succumbed three weeks later, on August 9, after gangrene-infected wounds he received to the hand and leg. The Confederacy totaled only 174 losses during the battle.

Outcome of the Battle of Fort Wagner

The Battle of Fort Wagner ended in a Confederate victory. Although the federal troops failed to achieve their objective, the bravery exhibited by the men of the 54th Massachusetts Infantry enhanced the reputation of black soldiers in combat. Union officials subsequently stepped up their recruitment of African Americans, considerably adding to the North’s already substantial manpower advantage.

Nearly thirty-seven years after the battle, on May 23, 1900, Sergeant William Carney became the first African American recipient of the Congressional Medal of Honor for the valor he displayed in protecting the American flag during the fighting.

The 1989 award-winning Hollywood film Glory later immortalized the gallantry of the 54th Massachusetts during the Battle of Fort Wagner.

Significance of the Battle of Fort Wagner

The Confederate victory at the Battle of Fort Wagner did not curb Gillmore’s quest to subdue the Rebel stronghold and subsequently capture Charleston. Following eight more weeks of Union shelling, the Confederates abandoned the battery on September 6, 1863, leaving Morris Island to the Yankees.

The capture of Fort Wagner and Morris Island enabled Union artillerists to begin bombarding Fort Sumter and Charleston in the fall of 1863. Despite reducing Fort Sumter to a pile of rubble, and a failed invasion on September 7-8, 1863, Gillmore never reoccupied the stronghold.

Likewise, the City of Charleston withstood the federal shelling for more than a year, despite significant damage, and did not surrender until February 18, 1865, when it was faced with Major General William T. Sherman’s advance through Georgia and South Carolina.

Learn More About the Battle of Fort Wagner