The Battle of Lexington was the first battle of the American Revolution. It took place on the morning of April 19, 1775.

Massachusetts was a hotbed of sedition in the spring of 1775. In February, the British Parliament declared the colony to be in open rebellion and authorized British troops to kill rebels who resisted the authority of the Crown. The troops were also ordered to destroy all stores of ammunition, rifles, or other arms. On the evening of April 18, 1775, British troops left Boston to advance on the village of Concord with the objective of confiscating a cache of arms and ammunition. American spies led by Joseph Warren learned of the British plan and sent Paul Revere and William Dawes on horseback to warn the people between Boston and Concord that “The regulars are coming.”

On the morning of April 19, British troops entered Lexington on their way to Concord and encountered a force of about 70 militiamen, under the command of Captain John Parker. Greatly outnumbered, the militiamen were ordered to disperse before the advancing British, when an unknown British or American soldier inadvertently fired the first and started the American Revolution. 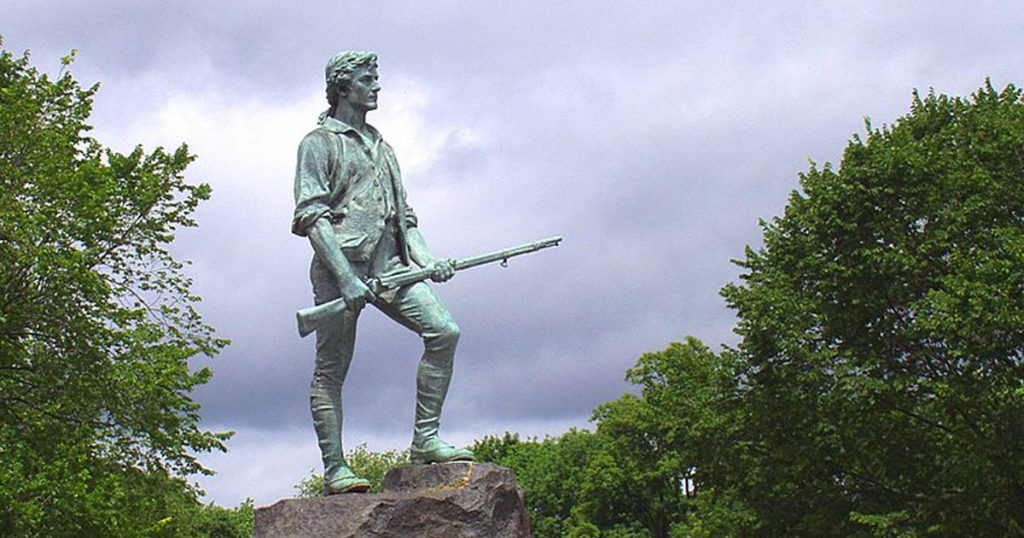 Statue of a minuteman in Lexington.

Eight Massachusetts militiamen were killed and 10 were wounded at the Battle of Lexington. One British soldier was wounded. After order was restored in Lexington, the British continued on their advance upon Concord, where they would not fare nearly as well in the Battle of Concord.

At the end of the day, Samuel Adams is said to have exclaimed to John Hancock, “What a glorious morning for America!”

Lexington and Concord: In Four Minutes

We suggest the following books for more information about the Battle of Lexington. Please note that American History Central may earn a commission from these links.

GET THE BEST OF AMERICAN HISTORY CENTRAL DELIVERED TO YOUR INBOX!
By signing up for this email, you are agreeing to receive news, offers, updates, and additional information from R.Squared Communications, LLC and American History Central. Easy unsubscribe links are included in every email.
CLOSE [X]