Paul Revere was an American patriot who was an active participant in the movement for independence before the American Revolution. His famous "Midnight Ride" from Boston to Lexington, on April 18, 1775, to warn American patriots about advancing British troops was later immortalized in a poem written by Henry Wadsworth Longfellow in the 1860s.

Paul Revere was a hero of the Revolutionary War immortalized in Henry Wadsworth Longfellow’s poem “The Midnight Ride of Paul Revere,” published in the 1860s. Revere’s infamous ride warned his fellow colonists of an impending British attack on weapons stores in Concord, Massachusetts.

Born in Boston in 1735, Revere became a silversmith, learning the trade from his father, Apolis Rivoire, a French Huguenot. He also taught himself copper engraving. He also developed talents in other crafts, including portrait engraving, political cartoons, and the manufacture of dental devices.

Revere later served as an officer during the French and Indian War. Later, he became a leader in the Sons of Liberty. As a fervent anti-British propagandist, he helped popularize the protest to the Stamp Act and Boston Massacre. Revere mass-produced an engraving of the Massacre, which is one of the most famous images of the American Revolution. 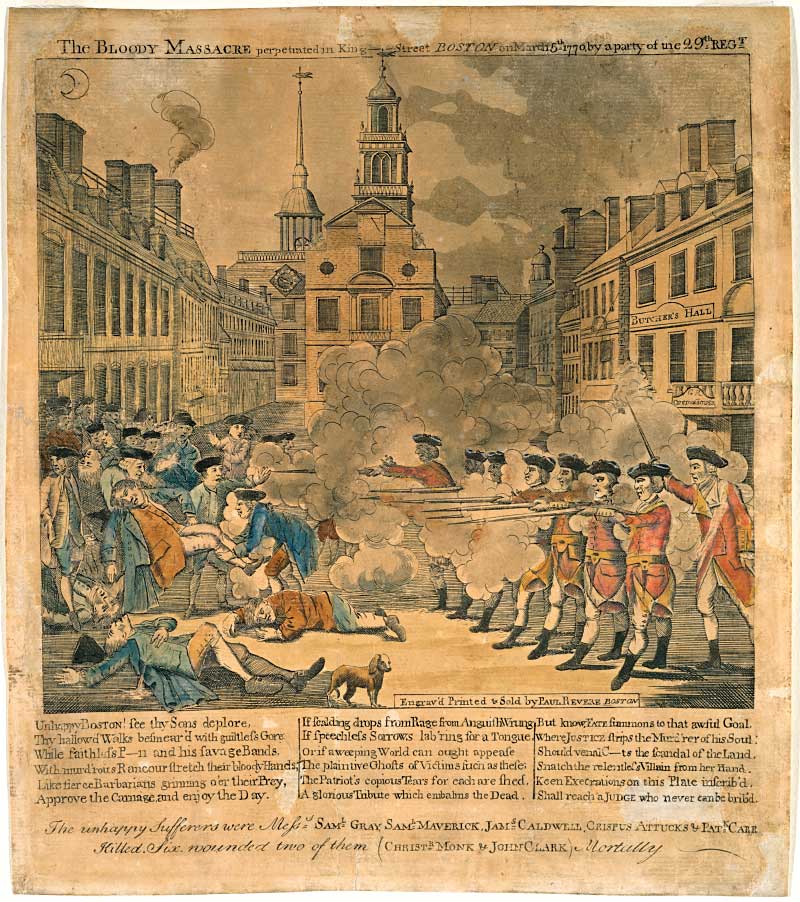 In December 1773, Revere participated in the planning and actions of the Boston Tea Party. He served as a courier for several patriot organizations and carried the Suffolk Resolves to Philadelphia during one of his many courier journeys from Massachusetts. Revere’s most notable service in this capacity came on April 18-19, 1775, when he rode on horseback from Boston to Lexington to warn patriot leaders John Hancock and Samuel Adams that the British were marching to capture them and seize colonial arms and munitions. After delivering his message in Lexington, he continued on to Concord with his fellow messengers, William Dawes and Dr. Samuel Prescott. A British Patrol stopped the trio and captured Revere. He was released later, without his horse, and he returned to Lexington on foot.

During the Revolution, Revere helped manufacture gunpowder and became an engraver for Congress. He printed the first issue of Continental currency and made the first official seal for the colonies. Revere’s military career was not successful. He briefly served as a lieutenant colonel in the militia and was involved in the disastrous Penobscot Expedition in 1779. Cleared of charges of cowardice, disobedience, and unsoldierly conduct by a court-martial in 1782, Revere returned to silversmithing and copper manufacturing. His foundry cast bells and cannon and supplied the copper accessories for the frigate U.S.S. Constitution.

“Out started six officers, seized my bridle, put their pistols to my breast, ordered me to dismount, which I did. One of them, who appeared to have the command there, and much of a gentleman, asked me where I came from; I told him. He asked what time I left . I told him, he seemed surprised, said ”Sir, may I crave your name?” I answered ”My name is Revere.”