Robert Rogers was a frontiersman who rose to fame during the French and Indian War. He is known for founding Rogers' Rangers and his "28 Rules of Ranging." Although he died poor and destitute, his memory is kept alive by the Unites States Rangers and popular culture.

Biography of Robert Rogers, Father of the American Rangers

Robert Rogers was a famous frontiersman from Massachusetts who rose to fame during the French and Indian War and then sided with the British during the American Revolutionary War. When he was still a boy, his family moved to New Hampshire, where he first gained military experience in his teens by serving in the New Hampshire Militia during King George’s War. When the French and Indian War started in 1755, Rogers recruited nine companies to fight for the British and also developed a set of guidelines for them to follow. His men were known as “Rogers’ Rangers” and his “Rules of Ranging” are still followed today by the United States Army Rangers. Rogers and his men engaged in “guerilla warfare” against the French throughout the war, primarily in the area around Lake George and Lake Champlain. When Pontiac’s Rebellion started in 1763, Rogers offered his services to General Jeffrey Amherst. He was part of an expedition that was led by Captain James Dalyall that went to reinforce British troops during the Siege of Fort Detroit and fought in the Battle of Bloody Run. After the uprising ended, Rogers published his journals and traveled to Britain. In 1766 he was appointed Governor of Michilimackinac, but he was accused of treason and sent to prison in Montreal, where he was eventually acquitted of all charges. By 1775, Rogers was suffering from poor health and may have struggled with alcoholism. Congress offered him a commission in the Continental Army, but he declined. Later, he changed his mind, but General George Washington rejected him. In August 1776, Rogers responded by joining with the British and forming the Queen’s Rangers. A month later, he participated in the capture of Nathan Hale, an American who was spying behind British lines. In May 1777, the Royal Army forced Rogers to retire due to his health, and then the New Hampshire legislature banished him. He went to Britain but traveled to Nova Scotia in 1779, where he tried to raise another group of rangers. However, his alcoholism kept him from continuing and he was replaced by his brother James. He did not serve for the remainder of the war, but was captured, escaped, and then returned to England where he died in 1795. 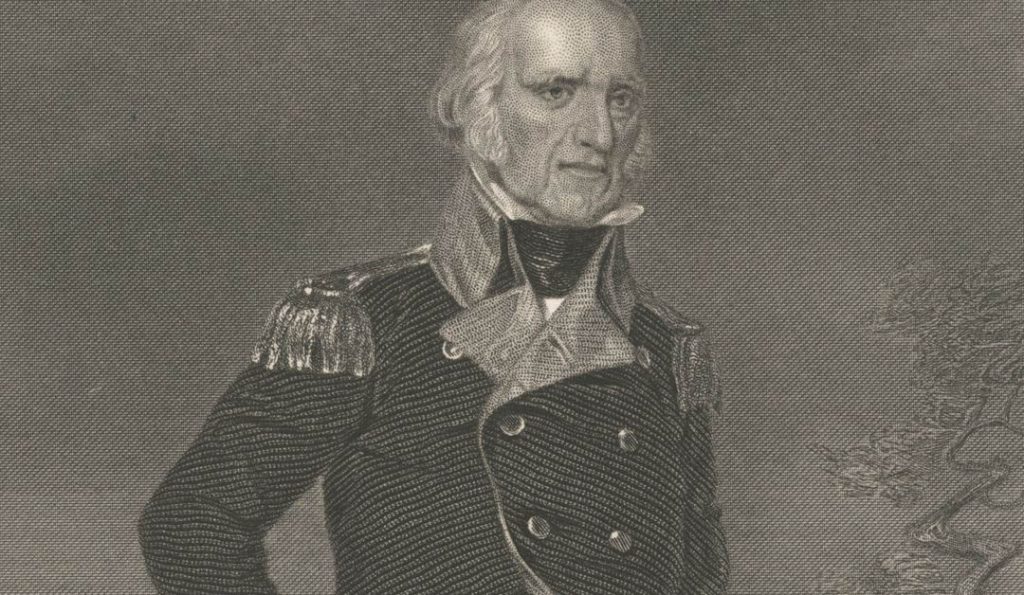 1. Robert Rogers was from New England.

Rogers was born on November 7, 1731, in Methuen, Massachusetts. His parents were James Rogers and Mary McFatridge. In 1739, the family moved to New Hampshire, where his father founded a settlement that is present-day Dunbarton, New Hampshire.

2. Rogers formed Rogers’ Rangers in 1755 and the group fought in important battles during the French and Indian War.

Most of his men were from New Hampshire, like John Stark, but there were also men from other colonies, including Israel Putnam. The Rangers fought in the First Battle on Snowshoes, Second Battle on Snowshoes, the Siege of Louisbourg, and the Battle of Carillon. They also carried out raids on the Abenaki settlement at Saint Francis and a French supply depot at Fort Saint Therese. They also fought in the Montreal Campaign and led the British advance on Montreal.

3. Rogers and his men wore snowshoes in battle.

Rogers and his men wore snowshoes to help them walk through the deep snow, and also in battle. On January 21, 1757, Rogers and his men, including John Stark, were on a scouting mission when they were ambushed by a force of French and Native American Indian warriors. However, Rogers and his men were able to move through the snow more easily because of their snowshoes and held off their attackers. Rogers was injured twice in the skirmish, which is known as the First Battle on Snowshoes.

4. Rogers escaped from the French in a daring slide down the face of a rock.

The Second Battle on Snowshoes took place on March 13, 1758. Once again, Rogers and his men were out on a scouting expedition and were wearing their snowshoes. The French were alerted to their presence after a man from Israel Putnam’s company of Connecticut Rangers was captured, and sent two separate forces out to find them. Rogers knew the French were coming, so he set up an ambush. When the first group of French came into sight, Rogers attacked. The French scattered and Rogers and his men chased after them. However, the second French force had set up their own ambush and when the British were in view, they launched their attack. The fighting was intense and Rogers and his men were overwhelmed. Legend has it that Rogers escaped by sliding down the face of a 400-foot cliff to the frozen surface of Lake George, which is known as “Rogers’ Slide.” After the battle, the French found Rogers’ coat, which had the paperwork for his military commission in it, and they believed he had died. However, when Rogers escaped, he threw off some of his equipment and other belongings, including the coat.

5. Rogers destroyed Saint Francis and became a hero to American colonists living on the frontier.

In 1759, Major General Jeffrey Amherst sent Rogers on a mission behind enemy lines. The purpose was to attack the Abenaki town at Saint Francis, which was in Canada. For many years, the Abenaki had used the area to launch raids against colonists on the New England frontier. Rogers and his men attacked on October 4, 1759, killed nearly everyone in the town, and then burned it to the ground. When news of the Saint Francis Raid reached New England, Rogers and his men were hailed as heroes.

6. In 1763, Rogers joined an expedition that was led by James Dalyall and fought in the Battle of Bloody Run.

The purpose was to march to Fort Detroit and help reinforce the garrison, which was under siege by Native American Indian forces led by Pontiac. After Dalyall reached Detroit, he attacked an Indian village near Parent’s Creek in an attempt to break the siege. Dalyall was killed at the Battle of Bloody Run and the British were forced to retreat. Rogers and his men covered the retreat.

7. Rogers used his fame to sell his writing and met the King.

Rogers published his journals and “A Concise Account of North America.” He also wrote a stage play based on his experience fighting in Pontiac’s War. It was called “Ponteach: or the Savages of America.” His fame earned him an audience with King George III. During that meeting, Rogers proposed an expedition to find the fabled Northwest Passage.

While Rogers was in Britain after the French and Indian War, Thomas Gage replaced Jeffrey Amherst. Rogers and Amherst were friends, and Gage and Amherst were rivals. Gage had a poor view of Rogers and worked to discredit him. Gage questioned his loyalty to the Crown. Gage spied on Rogers, intercepted some of his letters, and accused him of working with the French. Rogers was arrested and sent to prison in Montreal. He faced trial and was acquitted, however, the affair left Rogers bankrupt. Rogers sued Gage for false imprisonment and Gage settled with him out of court. General Thomas Gage spied on Rogers and had him thrown in prison. Image Source: Wikipedia.

9. Rogers lost his family because he was a Loyalist.

In 1756, Rogers met his wife, Elizabeth Browne, while he was recruiting men in Portsmouth, New Hampshire. After the fighting ended in the French and Indian War, they were married in June 1761 and moved to Concord, New Hampshire. After Rogers was sent to prison in Montreal, Elizabeth, who was pregnant, moved back to Portsmouth, where she gave birth to their only child, a son named Arthur. When Rogers was banished by New Hampshire, the legislature also issued a decree that divorced them and accused Rogers of abandoning his family and being unfaithful to Elizabeth. In 1811, Elizabeth married John Roche, an American naval officer. Arthur went on to become a lawyer and settled in Portsmouth.

10. Rogers died poor and alone, but his legacy is remembered by Ranger forces in North America and has been kept alive in popular culture.

Rogers died on May 18, 1795, in London. In 1992, he was inducted into the United States Army Ranger Hall of Fame, and the U.S. Army “Ranger Handbook” still contains a version of his “Rules of Ranging.” The 1940 movie, “Northwest Passage,” is based on his search for the Northwest Passage. He is also a key character in the AMC series, “Turn: Washington’s Spies,” which is based on the exploits of Benjamin Tallmadge and the Culper Spy Ring.

Robert Rogers is important to the history of the United States for his military leadership during the French and Indian War, and for his establishment of guidelines for rangers, which are still used today. Although Rogers died poor and destitute, his legacy as a frontiersman lives on through the United States Rangers and popular culture.