The Second Battle of Saratoga was fought on October 7, 1777, during the American Revolutionary War. It was part of the Saratoga Campaign and ended in an American victory, which led to the surrender of the British Army.

Second Battle of Saratoga, Summary of the Battle of Bemis Heights

The Second Battle of Saratoga — also known as the Battle of Bemis Heights — was fought between the United States of America and Great Britain on October 7, 1777, during the Saratoga Campaign of the American Revolutionary War.  After the American Invasion of Canada failed, the Continental Army was forced to retreat to New York and took shelter at Fort Ticonderoga.  In October 1776, the Battle of Valcour Island took place, where a small fleet of American ships, under the command of Benedict Arnold, slowed the British advance and forced them to put off the invasion of the Hudson River Valley until the spring of 1777. The British plan, which is known as Burgoyne’s Campaign of 1777, was led by Lieutenant General John Burgoyne. The plan was to capture Albany, New York, which would allow the British to cut New England off from the Southern Colonies. Burgoyne started the campaign on June 14 and quickly captured Fort Ticonderoga. However, the American forces escaped by different routes, and Burgoyne pursued them to Skenesborough, Fort Anne, and Hubbardton. Although the British won the battles that took place at each location, they suffered significant casualties and used up supplies faster than anticipated. As Burgoyne pressed on toward Albany, his plan started to collapse. General William Howe decided to take his army from New York and attack Philadelphia. Then, on August 16, American forces dealt the British a crushing defeat at the Battle of Bennington. A few days later, General Barry St. Leger, who had invaded the Mohawk River Valley, was forced to retreat at the Siege of Fort Stanwix and temporarily abandon the campaign. Meanwhile, American forces under the command of General Horatio Gates gathered near Saratoga and built defensive works at Bemis Heights. Despite his troubles, Burgoyne decided to push forward, and he marched north of the position of the Continental Army. On September 19, Burgoyne sent three columns out to engage the American forces and a long, fierce battle took place at Freeman’s Farm. As night fell, the Americans, led by Arnold, were forced to withdraw. Burgoyne received word that General Henry Clinton might be able to march from New York City to reinforce him, so he camped two miles from the Continental Army and waited for three weeks. During that time, American reinforcements arrived and the size of the army grew.  On October 7, Burgoyne sent men out to scout the American positions to see if he could launch an attack on the American line. Another intense fight raged for hours before Arnold rode into the field of battle. He rallied the men and when the British lines broke, he chased after them and captured the extreme right of the British line. Burgoyne was forced to withdraw, which ended the Second Battle of Saratoga and gave the Continental Army its most important victory in the Northern Theater of the American Revolutionary War. This illustration by Alonzo Chappel depicts Benedict Arnold after he was shot, with his leg pinned under his horse. Image Source: New York Public Library Digital Collections.

Quick Facts About the Second Battle of Saratoga

Key Events in the Second Battle of Saratoga

After the Battle of Freeman’s Farm, Arnold wanted to renew the fight the next day, but Gates declined Arnold’s request.

Burgoyne Decides to Hold His Positions

Burgoyne also wanted to attack the next day but found out General Henry Clinton was going to attack Fort Clinton and Fort Montgomery and then march to join him at Saratoga. Clinton estimated he would be there by the end of September. This opened up the possibility that Gates would have to send troops to help defend the forts, which would weaken his army at Saratoga.

Burgoyne also received a message from General Howe that informed him he had beaten the Continental Army and George Washington at the Battle of Brandywine.

Burgoyne delivered the good news to his army and decided to wait to attack. Over the next three weeks, there were minor skirmishes between scouting parties, patrols, and picket lines.

While Burgoyne waited for Clinton, he started to run low on supplies and he had a significant number of sick or wounded men in the hospitals in the British camps. To make matters worse, his Indian allies started to desert and some of them moved over and joined the Americans.

Arnold and Gates at Odds

Tension in the American camp was high. Many of the officers and men were upset over the report Gates had sent to Congress about the Battle of Freeman’s Farm, because he left Arnold’s name out. To the men, it looked like Gates was taking credit for stopping the British advance.

Arnold and Gates had a heated argument and Gates removed Arnold from command. He replaced him with General Benjamin Lincoln. Arnold threatened to leave the camp, but legend has it his men begged him to stay and even signed a petition supporting him.

Despite the disagreement between the officers, the American army continued to grow as militia forces marched to Bemis Heights and joined with Gates. On July 22, Benjamin Lincoln arrived with 2,000 men.

As the size of the army grew, the officers became impatient. They knew they had the advantage in terms of men, and wanted to attack. However, Gates was content to hold the American positions. 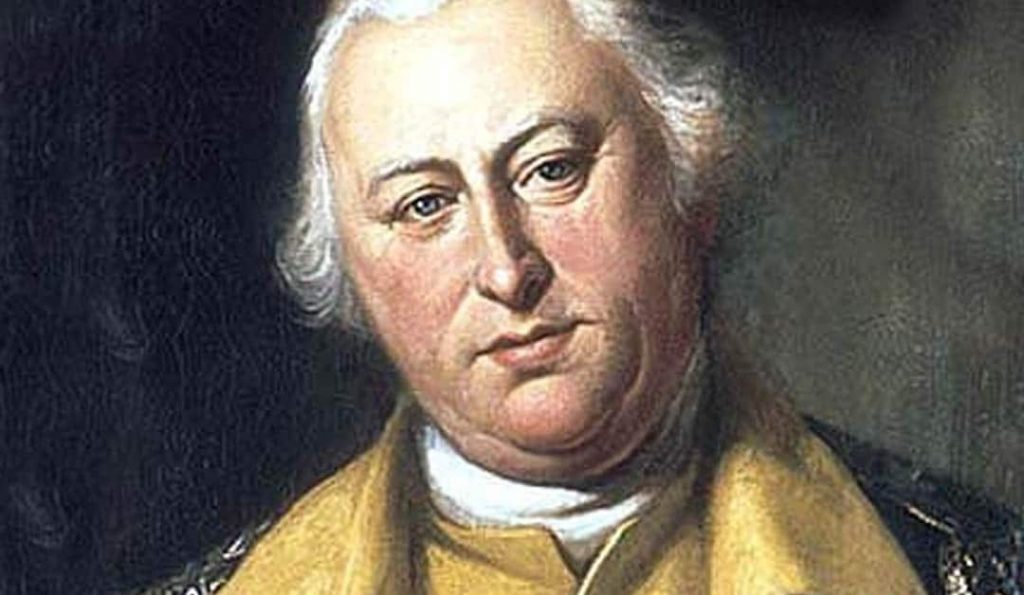 By the end of September, Clinton had not arrived, and Burgoyne was faced with two choices. He could attack the Americans or withdraw.  He called a Council of War and discussed options with his officers. Most of them agreed the best option was to leave but Burgoyne thought that would be an embarrassment. He decided to launch a final attack on the American line.

Fraser marched into Barber’s Wheatfield and had his men form a line. Fraser was in the center, with the Hessian troops. On his right was the Light Infantry under the command of General Lord Balcarres. On his left were Major John Dyke Ackland and the British Grenadiers.

Gates Sends Morgan and Dearborn to Meet the British

When Gates realized the British were advancing, he sent men out to meet the British. Around 2:00 in the afternoon, American forces led by Daniel Morgan and Henry Dearborn moved into position and engaged the Light Infantry on the right of Fraser’s line. Morgan’s riflemen and Dearborn’s infantry worked together. The riflemen would fire, then reload. As they reloaded, the infantry would charge with bayonets. While the fight intensified, Gates, Arnold, and Lincoln were having lunch at the Gates’ headquarters on Bemis Heights. Arnold asked Gates for permission to join the fight and lead his men in the battle Gates was concerned that if he allowed Arnold to go, the fight would escalate and force Gates to send the entire army in to engage the British.

On the British right, Morgan and Dearborn were able to push back the British advances. Morgan’s men attacked with a ferocity that caused the British troops to panic. Morgan’s attack was followed by another from Dearborn, and it led to the collapse of the right of the British line. 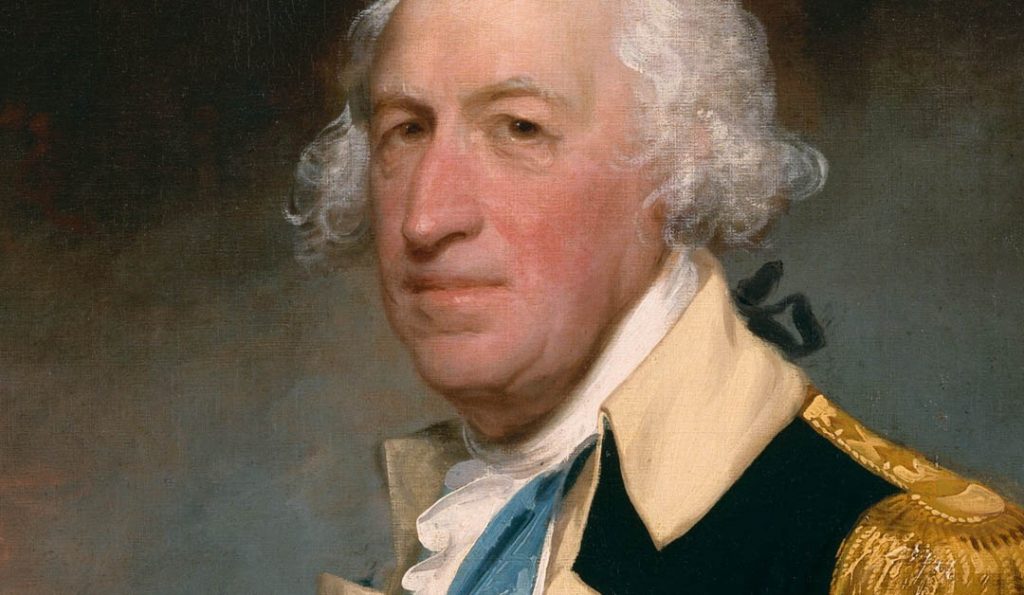 Gates replaced Arnold with Lincoln and ordered Arnold to stay off the field of battle. Image Source: Wikipedia.

Back at Bemis Heights, Arnold decided to defy his orders from Gates and take action on his own and rode to join his men. He rode into the battle to the cheers of his men. He rallied his men and led them in a charge against the

Fraser tried to organize his men in Barber’s Wheatfield. While he shouted orders, one of Morgan’s riflemen shot him in the stomach. Fraser fell from his horse, mortally wounded. When he fell, his men ran from the field.

By that time, both flanks were overwhelmed and around 3,000 New York Militia led by General Abraham Ten Broek arrived. The British line broke, and the men fled toward Freeman’s Farm.

Arnold Makes a Bold Decision that Wins the Battle

Arnold chased after the British, which is exactly the kind of action Gates was afraid of. Arnold saw the two redoubts and the fortifications and ordered Enoch Poor to attack Balcarres Redoubt. The British in the redoubt put up a good fight and pushed Poor back.

Arnold took men from Learned’s brigade and attacked the Hessians at the Breymann Redoubt, which was on the extreme right of the British line. Morgan attacked the right while Learned’s men attacked the left. Arnold galloped back and forth across the line, shouting orders to his men.

The Americans overran the redoubt and the Hessians evacuated. The Americans chased after them. In the chaos, the Hessians were firing on each other. Von Breymann killed some of his own men before he was shot and killed by the friendly fire himself.

The Americans also suffered a blow when Arnold was shot in the leg — the same one he had injured at the Battle of Quebec. The shot went through his leg and killed his horse, which fell on him and pinned the leg underneath.

As the sun set, the fighting came to an end and the Americans held the redoubt on the British flank.

Results of the Second Battle of Saratoga

Interesting Facts About the Second Battle of Saratoga

Military Commanders at the Second Battle of Saratoga

Significance of the Second Battle of Saratoga

The Second Battle of Saratoga is important to the outcome of the American Revolutionary War and the history of the United States because American forces, led by Benedict Arnold, pushed British forces out of their defensive positions at Freeman’s Farm, which forced them to retreat and abandon Burgoyne’s plan to take Albany. The victory at Bemis Heights led to Burgoyne’s surrender at Saratoga, which convinced the French to enter the war in support of the United States. Timeline of the Second Battle of Saratoga

This timeline shows how the First Battle of Saratoga at Freeman’s Farm fits into the events of the Saratoga Campaign.