William Alexander was a Major General in the Continental Army during the American Revolutionary War. He rose to prominence for his brave defense of the American retreat at the Battle of Long Island and helped expose the Conway Cabal. He referred to himself as the Right Honorable William, Earl of Stirling, or Lord Stirling, because he believed he was the rightful heir to Earldom of Stirling in Scotland.

William Alexander was a General in the Continental Army during the American Revolutionary War. He served in the French and Indian War as an aide to Governor William Shirley of Massachusetts, which allowed him to meet men like George Washington. After the war, he went to Britain with Shirley. While he was there, he tried to claim the Earldom of Stirling, which was in his family. Although Parliament rejected his claim, he referred to himself as Lord Stirling, and so did many of his friends and acquaintances. He returned to New Jersey in 1761 and was a political enemy of Governor William Franklin. Alexander opposed the Stamp Act but did not support the violent actions of the Sons of Liberty. When the American Revolutionary War started, the New Jersey Provincial Congress appointed him to command the first regiment of militia it raised for the war effort. Soon after, he was transferred to the Continental Army and sent to aid Charles Lee in preparing the defenses of New York City. During the Battle of Long Island, Alexander led a brave attack on British forces as the main body of the American army retreated. The move gave Washington time to escape, but Alexander was captured by the British. Soon after, he was released in a prisoner exchange and led men during the Battle of Trenton. In 1777, he led men during the Philadelphia Campaign, including the Battle of Brandywine. He was with Washington at Valley Forge, where he helped expose the Conway Cabal. The following spring, he led men at the Battle of Monmouth. In 1779, he was sent to New York to watch the movements of the British army. During his time there, Major John Andrė, who was working with Benedict Arnold on a plot to turn West Point over to the British, was captured. Alexander was one of the generals who sat on the trial that resulted in Andrė’s conviction for spying. When Washington went south to attack Cornwallis, Alexander stayed in New York and took command of the Northern Department, and served there through the end of the war. 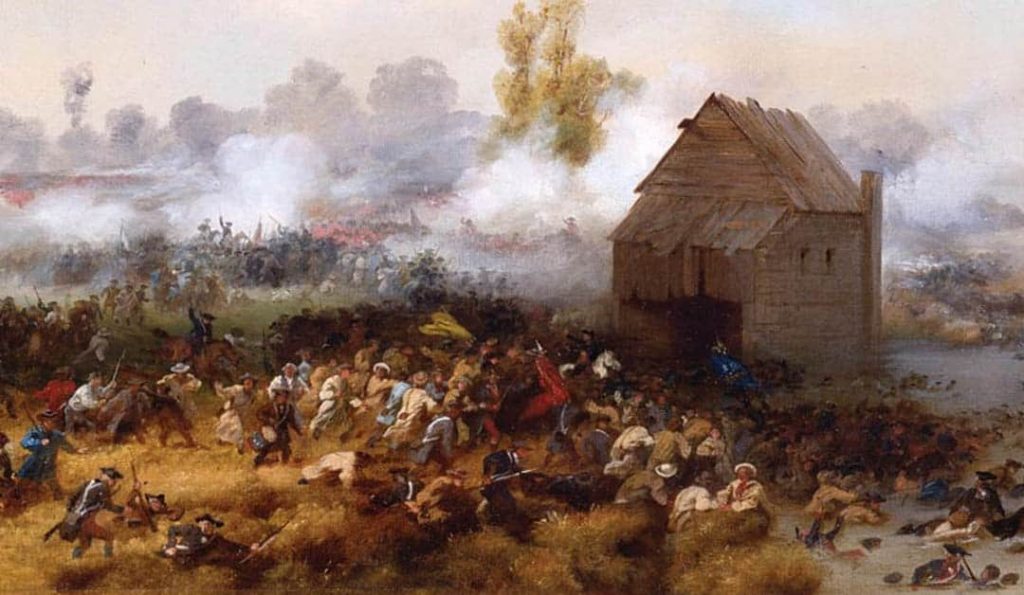 This painting depicts Lord Stirling and the Maryland 400 attacking the British at the Battle of Long Island. Image Source: Wikipedia.

5 Things to Know About William Stirling

William Alexander was important to United States history because of his leadership as an officer in the Continental Army during the American Revolutionary War. His actions during the Battle of Long Island helped occupy the British, which bought time for Washington to evacuate the rest of the army and his ongoing support for Washington helped provide stability to the leadership of the Continental Army.