Caesar Rodney was a well known soldier, politician, and judge from Dover, Delaware. He is a Founding Father because he signed the Declaration of Independence and participated in key events that shaped the American Revolution, including the Stamp Act Congress, First Continental Congress, and Second Continental Congress.

Nine of the 13 colonies, including Delaware, chose to send delegates to the meeting, which was held in New York City. Rodney was elected as a delegate from Delaware, along with Thomas McKean.

Rodney signed his name to the official documents of the Stamp Act Congress.

On March 18, 1766, Parliament repealed the Stamp Act, primarily due to protest from British merchants who believed it would damage their prospects of doing business in the colonies. However, on that same day, Parliament passed the Declaratory Act, which declared its ability to levy taxes on the colonies.

After the Stamp Act was repealed, Rodney was one of three commissioners appointed by the Delaware legislature to write a letter to King George III to thank him for repealing the law. 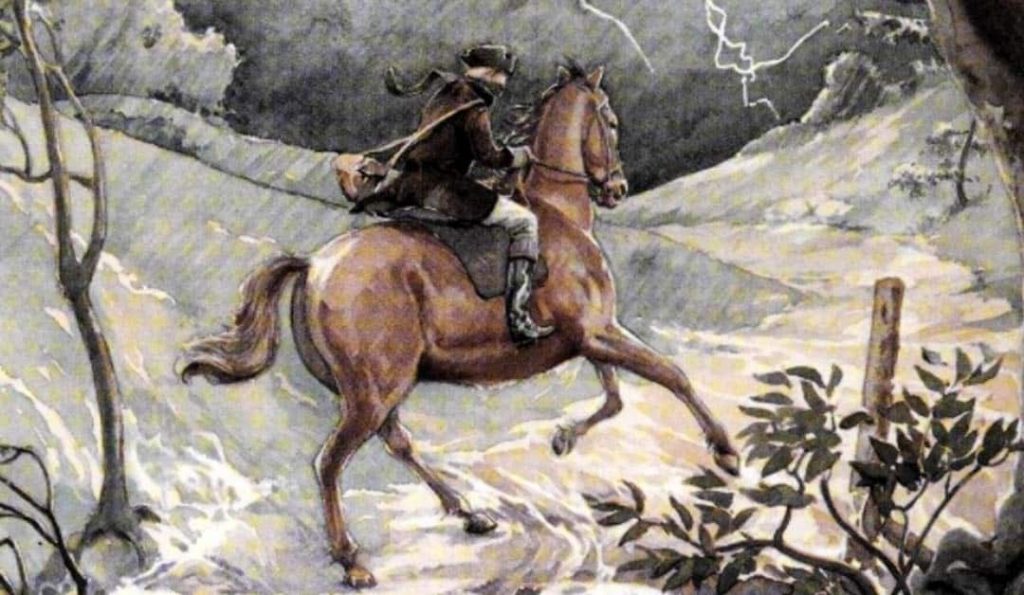 Illustration of Caesar Rodney riding through a thunderstorm in an effort to return to Philadelphia as soon as possible so he could vote in favor of independence [Archive.org].

A bill for regulating slaves was introduced in the Delaware legislature. A motion was made to amend the bill to prohibit the importation of slaves into the colony, which Rodney supported. Unfortunately, the legislature voted against the amendment.

However, Rodney’s will, at the time of his death, showed he owned 15 slaves.